The Foundation Course Science (FCS) is made of 60 credits (CFC) and the duration is one year divided in two semesters.

Lessons are taught in English and there are 24 CFC of Italian language from the A1 to the B2 level.

Mandatory modules consist of 51 CFC and students can choose the remaining 9 CFC among several optional modules.

The program includes 40 hours of study focused on the preparation of IMAT admission test. Subjects covered are Logic, Biology, Chemistry and Physics.

The FCS prepares students interested in scientific courses such as Medicine, Dentistry, Health Sciences, Computer Science, Economics, Engineering, Math, Natural Sciences, Pharmacy and Physics. The program’s modules are based on last year’s curricula of scientific subjects as given at Italian scientific high schools. 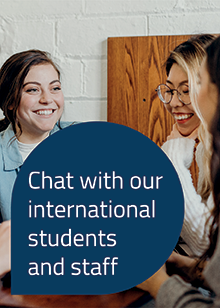